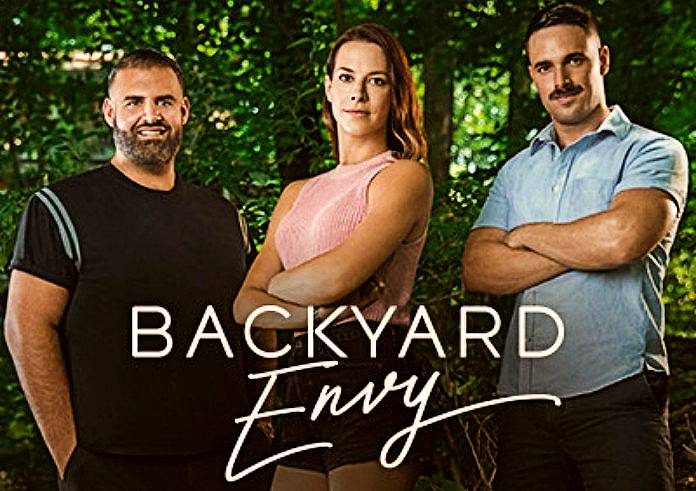 Backyard Envy is a reality TV series that debuted on the Bravo network in 2019. The series focuses on the high-end landscaping design firm Manscapers. The company is run by friends and business partners Melissa Brasier, James DeSantis, and Garrett Magee. The three were best friends for more than ten years and started their business as more of a hobby.

Each summer, they held garden parties in their backyard, for which they designed an outdoor theme. Impressed, their friends started suggesting that they consider doing it as a business. So, in 2013 they officially formed the company “Manscapers” and began completing projects around NYC.

Quotes from the Show

Visit the Backyard Envy page on Bravo TV’s website. If you like this type of show, check out Bravo’s other Home Design series.

If you have any questions or comments about the Backyard Envy series on Bravo, please leave a comment below.

Bravo Cast Members
Our Picks for the Most Beautiful Women on Bravo Here is our list of the most beautiful women on the Bravo network. Of course, as...

Bravo Shows
Series Overview The Real Housewives of Atlanta (RHOA) is a reality TV series on the Bravo network. The series is currently in its tenth season...